Is "War with the Newts" in the Public Domain? 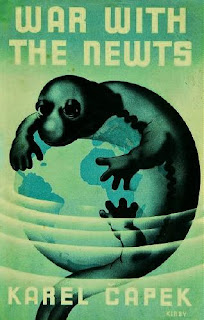 Thanks for your intelligent work and answer.

I was wondering why this wonderful book, which lends itself to the screen , has never been done in cinematic form. Although you would think owners of the copyright would sell....