How Lulu Lost Her Mark 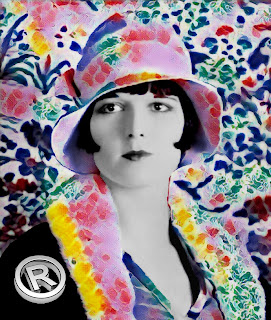 Dear Rich: A company in Florida filed a trademark on "Louise Brooks" and has used that to remove all Louise Brooks items off of Etsy in order for its company to sell its own Louise Brooks products. My understanding is that all publicity photos taken back in the 1920s and 1930s were never copyrighted, therefore, in the public domain, especially if the photographer is unidentified. Is this legal for a company to suddenly do this? Louise Brooks has never had an active estate before ... to the best of my knowledge.
It's a tribute to Mary Louise "Lulu" Brooks (who would have been 114 this year), that merchandise with her image is still popular. It's probably attributable to her jazz icon persona, the availability of public domain imagery, her always-stylish bob haircut, and the fact that her estate has not exerted control over the sale of Brooks goods (the estate is not behind the series of takedowns you mentioned). Instead, vendors had operated laissez-faire, selling a wide range of goods until December 2019, when a Florida company acquired the exclusive right to use the Louise Brooks trademark on over 40 types of merchandise (listed below).
The story behind the trademark. A company from Coral Gables, Florida applied for the Louise Brooks trademark in 2018. The application seemed doomed in February 2019, when the USPTO trademark examiner issued a final office action (FOA) denying registration. The rejection was based on Section 1502(a) of the trademark law -- registration is denied to marks that falsely suggest a connection with a person or an institution (and includes a four-part test). In this case, the examiner stated that "the applied-for mark shows a false suggestion of a connection with the famous actress, Louise Brooks ..."). An FOA rejection is usually the end of the road for most applicants but in August 2019, the Florida company sought reconsideration (on the basis that Brooks had left no estate to assert rights to her name) and the USPTO reversed its stand and approved the application. This gives the Florida company the right to halt sales of listed goods sold under the Louise Brooks trademark. We contacted the USPTO for guidance as to why the FOA was reversed but the examining attorney directed us back to the documentation. Hmmm.
The public domain. You're correct that Louise Brooks publicity photos are probably public domain. Any published photos pre-dating 1925 are automatically public domain (although Brooks' career didn't begin until 1925). Publicity photos published after 1924 were rarely renewed (a requirement for works published before 1964) and they often did not include a copyright notice (a requirement for works published before March 1989). So, many, if not most of the popular Brooks photos appear to be public domain.
Here's where things go south. Most vendors of Louise Brooks merchandise are not using "Louise Brooks" as a trademark -- that is, they're not using the name to indicate the source of the goods. They're using it to describe the goods -- for example, to identify Brooks as the person in the poster or on the t-shirt. Under the trademark law, there's no infringement if "Louise Brooks" is "used fairly and in good faith only to describe the goods or services of such party." 15 USC Sec. 1115(b)(4)  This legal subtlety is lost when companies such as Etsy and eBay issue takedowns at the behest of trademark owners. Their approach is to issue blanket takedowns and to let the parties sort it out under the DMCA or similar laws. So, the combination of trademark ownership and online retail practices has in effect, granted the Florida company the equivalent of Louise Brooks' right of publicity.
What to do? Federal law permits you to use public domain imagery of Louise Brooks and to use "Louise Brooks" to describe it. But that may not help if you are forced to defend yourself in a lawsuit, or if an online store turns a deaf ear to your predicament. That's why some Louise Brooks vendors use variations on the name, for example, Lulu, Mary Louise, Flapper Icon, or "Retro Woman," because those names are unlikely to be confused with the "Louise Brooks" trademark. It's a wonky workaround but it should suffice.
List of goods that are part of the Louise Brooks trademark registration.

That's a laundry list of goods and much of it is available at the trademark owner's website.
Posted by Rich at 5:54 PM