Are Nonprofits Liable for Photo Infringement? 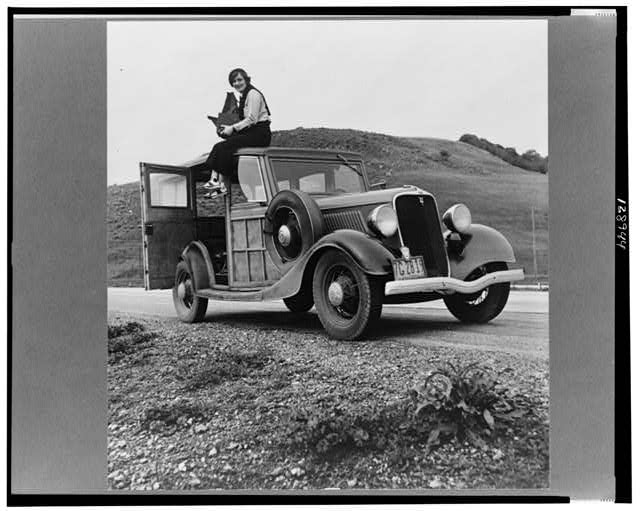 Dear Rich: I have been collecting black-and-white snapshots at antiques shops and flea markets for several years. This year i started posting some of them with slightly irreverent captions on my website. I think I understand that orphan works produced before 1923 are considered to be in the public domain. But what about the later photos? I haven't been too concerned about copyright violations because it is a nonprofit site. However what if I wanted to reproduce the images for profit? What kind of legal issues would I face? We think you're operating under a few misconceptions so maybe we should clear those up, first.
Nonprofits can be liable for infringement. Being a nonprofit won't shield you from a lawsuit. Nonprofits are occasionally named as defendants -- for example, the Internet Archive was sued over its caching of old web pages (and some nonprofits have filed suits as well). Nonprofit status may affect fair use determinations (as explained here). But in general, it makes little difference for purposes of determining infringement, whether the theft was for profit or not. You should also be aware that nonprofit status is a corporate tax status; a failure to profit doesn't make you a nonprofit.
Orphan works are not public domain. You are correct that works published in the U.S. before 1923 are in the public domain in the U.S. But these are not orphan works. An orphan work is one that is still protected under copyright but whose owner is missing in action and there's nobody to contact for permission. We think that's the case with most of the photos at your website.
Right, you had a question. We think the odds are slim that you will be the subject of a lawsuit. A copyright owner of one of your vintage photos (the owner would be whoever took the picture) is unlikely to see your work, unlikely to threaten a lawsuit and unlikely to recover much if the lawsuit should it actually go to court. So the chances are low that you will be hassled. Still, for the record, these are infringements. There is also a slim possibility that one of the subjects of these photos will see your site and claim an invasion of privacy or (if you sell the images) a violation of the right of publicity.  Again, unlikely, but possible ... kind of like guessing whether an earthquake will hit Virginia.
Posted by The Dear Rich Staff at 6:00 AM