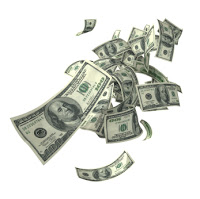 Dear Rich: I waited until after the new patent law passed to file a provisional patent application I wanted the new micro-entity fees to go into effect. But when I went to pay, yesterday, I wasn’t given a choice for micro-entity, only small entity. I ended up paying more to file than before the law was passed.  Your timeline for the patent law says that the micro entity fees go into effect immediately. What’s going on? Welcome to patent ‘reform.’ Our timeline is correct. Section 10 of  the Leahy-Smith America Invents Act establishes that the new micro entity fees will go into effect immediately upon enactment (September 16, 2011). Alas, patent filers who sought to take advantage of the reduced micro entity fees -- for example, the fee for filing a provisional patent application would be approximately $62 – were out of luck. The USPTO issued a press release explaining the delay and provided no date for implementation (although some sources claim that the USPTO will not make micro entity fees available until 2013).
Why did you pay more? The law also establishes that a 15% fee increase goes into effect 10 days after enactment (September 26, 2011). Apparently, the USPTO had no problem implementing fee increases and a new fee schedule was rolled out on time. As a result, independent inventors like yourself are actually paying $15 more to file a provisional patent application than before the law was "reformed."
P.S. Wondering what qualifies as a micro entity and how it differs from a small entity? Here's an explanation.
Posted by The Dear Rich Staff at 6:00 AM