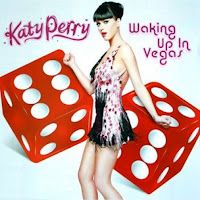 My daughter (age 16) and her friends regularly make films and incorporate songs. How hard is it to get releases from established artists like the Rolling Stones, Hoobestank, Katy Perry etc,, particularly if the films are already done? It would be relatively difficult to obtain permission to use recorded pop songs on your daughter’s videos. There are two copyrights at issue and each requires permission. As we've discussed before, you would need a sync right from the music publishers (owners of the composition) and what's sometimes called a master use license from the record companies (owners of the sound recordings). We doubt whether it would be worth the time to go about attempting to do this, and even if you could get in contact, the fees would likely be prohibitive.
A different approach. Let’s start with another question: What does your daughter plan to do with these videos? If she wants to share them with friends and have limited private showings, there probably wouldn’t be an issue especially because the copyright owners would never learn of the use. If she intends to place the videos on YouTube, one of three things could happen: (1) nothing, (2) the song owner would issue a DMCA notice, in which case the video would be removed by YouTube (unless you fought over the issue based on a fair use claim -- see below), or (3) YouTube would flag the video, send you an email stating that it thinks you're using unauthorized music and then run ads along with the video (which is what happened when the Dear Rich Staff posted a video with one of its favorite 80’s pop songs). By the way, the person you can thank for the latter alternative is probably Stephanie Lenz who posted a 29-second YouTube video of her kids dancing to “Let’s Go Crazy” by Prince and then, by challenging the DMCA notice -- because the label failed to consider fair use -- she made it more difficult for labels to send out DMCA notices.

DISCOUNT AT LIMELIGHT. The folks at Limelight, the mechanical licensing utility, are offering a 15% discount on mechanical licenses. If you want to check it out, the company has a special discount code: THANKSRICH15. The 15% discount is good through the end of October, 2011 (and no, FTC, we don't get compensated.)
Posted by The Dear Rich Staff at 8:32 AM