Can We Paraphrase Three Paragraphs? 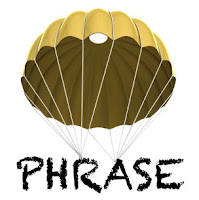 Dear Rich: What is the rule on paraphrasing. I was told that it's okay to paraphrase articles from the web at our site if (1) the original work has been posted for more than a year and (2) only three paragraphs are paraphrased. I can't find anything about this rule on the Internet. That's because there is no such rule. The idea that paraphrasing always excuses infringement is one of the more popular copyright myths. We can't tell you the quantity of paraphrasing that's permissible but here are some cases to guide you:
The caselaw. In a 1974 case, a text book publisher took a popular child psychology book and hired a series of freelance writers each to rewrite the chapters of the book so the result was all paraphrasing. The writers were instructed to maintain the same sequencing of topics and weighting of subject material. A court found such massive copying to be an infringement. Another court later stated, “We recognize that even in the absence of closely similar language, courts have found copyright infringement on the basis of “recognizable paraphrases.” The Second Circuit Court of Appeals stated that infringement occurs when “an alleged infringer borrow[s] virtually an entire work and attempts to avoid liability by doing little more than changing the verbatim language or slight details in the structure.” But wait, there's more: Another 1970 case held that extensive paraphrasing amounts to infringement including the rewording of legal agreements, and in 1972, a court would not excuse extensive paraphrasing when the defendant rewrote a book about guitar playing.
Bottom line dept.  Courts examine paraphrasing on a case by case basis. Don't assume that changing the words automatically absolves you from liability.
Posted by The Dear Rich Staff at 6:00 AM