Manufacturer Wants Invention But Not the Patent 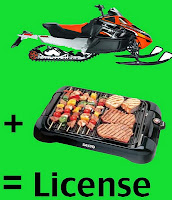 Dear Rich: I have your book, Profit From Your Idea, and I'm in licensing negotiations with a manufacturer. I created an invention that involves snowmobiles and portable cookers and it's currently patent pending in the U.S. and Canada. I proposed a deal whereby the manufacturer would advance me $7,000 most of it for patent prosecution costs, and a 7% royalty. However, the manufacturer responded that they do not see the value in a patent so they don't want to pay the $7000. They seem to want to avoid talking about patents in the contract (perhaps just to avoid the $7000 or perhaps for other reasons). Question 1: Can I legally make a contract without having patent pending (or other forms of intellectual property) to offer them? The advantage of selling them the 'idea' and not only the 'patent' is that we would continue to receive royalties if the patents do not issue. If they agree to this, is this an acceptable approach? I know for a fact that certain inventors do license without any IP (for novelty items for example). On the other hand, your book, and advice from David Pressman seems to argue that some sort of intellectual property must be exchanged for royalties (you can't just sell your 'idea'). Question 2: Let's assume we do license the 'idea' and the manufacturer sells a bunch of units. And let's say our patents do not issue because the idea has already been patented by a third-party. Can that third-party sue us directly for having sold an 'idea' to a manufacturer that we do not own? First of all, thanks a real, real, lot for buying our book. If you saw our recent Nielsen numbers you'd know why we're so grateful. Second, we hope you're being careful out there snowmobiling with burgers and wings frying in the back -- talk about distracted driving.
Right, you had a question. Yes, you can license without a patent. A lot of manufacturers don't want to mess with patents because they may believe that the key to success is getting to market first (and patents take years to obtain). Still, there are some obvious advantages to having a patent, in particular you have a monopoly on the invention and may be able to control derivative versions as well.
How do you describe what you're licensing? In your question you state that the invention is patent pending in the U.S. and Canada but then you ask whether you can license something that's not patent pending. So, we're not sure of the status of things. Either way -- patent pending or not -- is okay. In Chapter 8 of the book, we provide language for licensing a patent pending invention -- "The 'Property' refers to the invention(s) described in U.S. Patent Application No(s). _______, a copy of which is/are attached to this agreement."  Following that we also provide language if the innovation is not patent-pending. In both cases, providing an accurate description of what you're licensing is most important.
Is it legally binding if I have no IP protection? It helps to be able to point to a patent or a trademark registration when licensing but not having a government registration doesn't preclude you from licensing an idea. The idea may involve trade secrets or know-how, or some other product of the mind, and the fact that a licensee is willing to pay for it indicates that it has property value. Ideas are commonly licensed in the toy and entertainment industry.
You're not licensing your patent, you're licensing your rights. If you make the deal and the patent doesn't issue, that shouldn't affect your arrangement unless the agreement specifically states that the license is contingent upon acquiring patent rights. For example, many license agreements set two standards of royalties: one if the patent issues; one if it doesn't. Because the licensee isn't interested in the patent, you shouldn't have language penalizing you if it doesn't get issued.
Yes, you can get sued if you infringe someone else's patent. Unless the manufacturer is willing to indemnify you (very rare), you can be sued for infringement. Usually, it's the other way around. The manufacturer wants you to indemnify them. Please read the section on Warranties and Indemnities in Chapter 12. If you must indemnify, we describe a system based on an incoming royalty fund in the book. See if you can get the licensee to accept that so you won't risk out-of-pocket payments.
P.S. We just redesigned a patent site that may provide some help for you.
Posted by The Dear Rich Staff at 6:00 AM