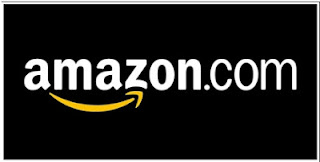 Dear Rich: Not sure if this is your department but I am an author with tax books at Amazon. Every year I publish new editions to keep the material timely. Over the years I've built up a great group of reviews and ratings from readers of the various editions. Up until this year, Amazon always linked new editions to previous editions so that the positive reviews for past editions appeared for the new one. Now, Amazon has changed its policy and no older reviews appear with the new editions. The policy punishes me and other authors who attempt to keep their books current because an outdated competing book ends up getting a higher ranking then my new edition. For example, I have one book which used to have an  average 4 star rating but it has lost the stars and dropped substantially in Amazon relevance searches because older (less-positively reviewed) competing books have existing ratings. Is this okay for Amazon to do that? It seems unfair and illegal? The Dear Rich Staff definitely feels your pain. Several of our books have suffered from the same policy change and at times like this we wish we hadn't thrown away Jeff Bezos' home phone number. We also agree that this blanket policy is having a negative effect on authors who wish to present current information. That said ...
Unfair and/or illegal? Amazon's edition linking policy (stated here) may be unfair to some authors but that doesn't make it illegal. It's true that some unfair business practices violate the law because consumers are deceived. But even if some consumers are misled by Amazon's relevance searches, Amazon's overall rationale for this practice -- it wants to tie reviews of books to specific editions -- seems to have been borne from a desire to prevent consumer deception. In addition, unlike companies who engage in unfair business practices, Amazon does not directly profit from the policy. It sells the same number of books with or without the policy (just not as many of our books!)
Does the policy violate any agreements? Your publisher might be able to challenge the policy if it  violates the Amazon publisher distribution agreement -- but that's doubtful because Amazon likely preserves the right to make such policy changes. The policy also doesn't appear to violate the Author Central end-user agreement.
Bottom line dept. Alas, the message from Amazon is that an author jeopardizes goodwill by updating books. There are many workarounds that Amazon could have instigated -- for example, a tag such as "This review refers to a previous edition." And some authors have reported some luck using Author Central's call-in service (while others have not). Jeff, if you're reading (and for some reason we don't think you are), keep in mind that we're also loyal Prime customers!
Posted by The Dear Rich Staff at 6:00 AM

Email ThisBlogThis!Share to TwitterShare to FacebookShare to Pinterest
Labels: amazon