Will Copyright Owner Take My Home? 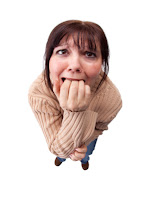 Dear Rich: I'm in a band with my friend. He and I finished recording an album recently and are looking forward to releasing it as well as performing the material during live gigs. I have a serious issue with on of the tracks. It contains spoken word audio samples from a few TV programs. I took on the responsibility of research what we would need to do to get the album copyrighted and in the process found myself scared out of my wits regarding the consequences of copyright infringement. I'm having a difficult time persuading my friend that it isn't a good idea to continue using those samples. He has complied to some extent by removing most of the samples but is pushing to leave one in because it has heavy effects applied to it that he claims will obscure the original source. I also hear the argument that the program is over 20 years old and nobody will recognize it. It is changed to some extent but I'm still not convinced. It will be so easy to come after me. My name is on the recording studio receipts and we entered into a corporation together. There is all sorts of discoverable evidence against me out there. I don't want to lose my house, live with my dad, and then when he dies have what little inheritance is left taken away. The technology to automate capturing infringement issues becomes more possible by the day. What can I do? We can relate to your feelings of paranoia. We've committed infractions in our past and maybe someday they'll be discovered and we'll be off to comedy traffic school (or its moral equivalent). Sometimes we lie in bed and wonder if we did something wrong that we can't remember. That drives us really crazy, as if it will all come out in a flood of repressed liability.
Right, you had a question.  Keep in mind the words of Thomas Jefferson: "How much pain have cost us the evils that have never happened." While you imagine the ultimate end-scenario --  TV-show attorneys gloat over the huge cash verdict they've inflicted on you -- the reality is far more complex. We've put together this table with our guesstimates as to the likelihood (based only on our anecdotal information and personal experiences):

Statute of Limitations. Also,  the TV show can't go after for you forever. The statute of limitations for copyright infringement is three years from the date when the infringement "could have been discovered with reasonable diligence."
Bottom line dept. We agree with Joseph Heller -- “Just because you're paranoid doesn't mean they aren't after you.” But we also don't want interesting art to be unfairly sideswiped. Yes, it's always possible that something bad will happen based on your release, but we think the odds are on your side.
Posted by The Dear Rich Staff at 6:00 AM