Wants to Use Beautiful South Songs in Play 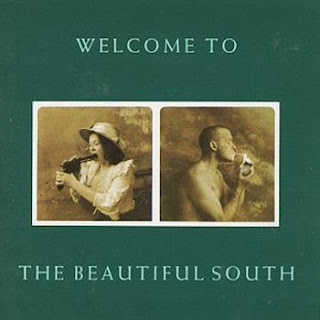 Dear Rich: I am a teacher at a secondary school and I want to write a play where I would charge a fixed price for tickets to the general public as well as the families of the children at the school. I am writing original dialogue but wanted to use the music of The Beautiful South in the play. I want a small band to sing and play the music live as well as use recorded tracks of The Beautiful South themselves. Would I need to ask permission or pay a fee for doing this? Technically, what you're seeking is known as grand rights, which refer to the right to incorporate songs into a dramatic or other narrative non audio-visual performance. We talked about grand rights in a previous entry. BTW, the composition of the audience or the price of the tickets typically has no effect on the legal issue as to whether permission is needed.
If you wanted to make sure the school is exposed to zero legal liability, you would contact the publisher (Universal-Island Publishing) and obtain grand rights permission (and if the songs were written by someone other than The Beautiful South, you would need permission from them as well).  In order to reproduce The Beautiful South sound recordings -- for example, you wish to sell DVDs of the performance -- you would need the consent of the band's record label (previously Go Discs Ltd., a London-based label that went defunct).  We think that will be a time-consuming (and ultimately fruitless) endeavor.
A simpler solution? Unless you're planning on doing more than a secondary school performance -- for example, you hope to exploit your idea off-Broadway -- you could give up on pursuing grand rights and simply categorize the use of the material as a public performance. Hopefully your school already has a license with performing rights societies such as ASCAP and BMI. In that case, the  performances would be logged and paid for by the school. (It appears as if the Beautiful South is affiliated with ASCAP in the U.S. and PRS in the UK). If all this seems like way too much to deal with, you can simply proceed without permission and see if anybody objects. That low hassle approach involves more risk but may prove more sensible in light of your potential permission hurdles.
Posted by The Dear Rich Staff at 6:00 AM

From our crafty friends

Someone Else is Registering My Trademark: What Do I Do?