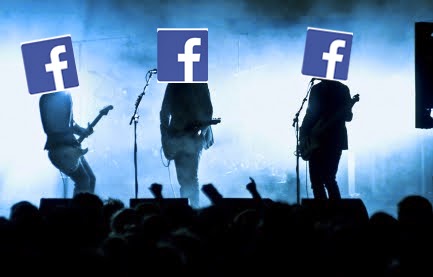 Dear Rich: I am posting videos of my band on FaceBook using songs that have been written and recorded by others. We are a small-time local band that is inconsequential in the larger scheme of things. I have posted a disclaimer that our band "claims no rights in any copyrighted work represented on this page. For informational purposes only." I saw something you said about YouTube, maybe the same words hold true for FaceBook, but I see versions of famous songs all over the place on both. Covering a song in a video requires a sync license and unfortunately, they're not as easy to obtain as a mechanical license (used to reproduce cover tunes as MP3s or CDs). The reason you see so many unauthorized cover tunes is that the music publishers who own the copyrights don't have the ability to chase every infringer (or choose not to go after an infringer for other reasons). For that reason, you can probably post cover videos at Facebook without getting hassled. But, should your cover video become a sensation, chances are good, a DMCA notice or a lawyer (or both) will appear in your future.
Your disclaimer. As we've said before, disclaimers are usually ineffective (and yours has a few problems). Even if you're not claiming rights in the underlying song, you are probably claiming rights in the copyrighted sound recording and video. That is, if somebody began making money reproducing your video without your permission, we assume you would pursue them. Also, claiming that the video is "informational" is confusing. Typically, such a claim is to distinguish it from being commercial and we don't think that's the case. Self-promotion is typically a commercial endeavor. We think you can ditch the disclaimer.
P.S. All bands are inconsequential in the larger scheme of things
.
Posted by The Dear Rich Staff at 6:00 AM