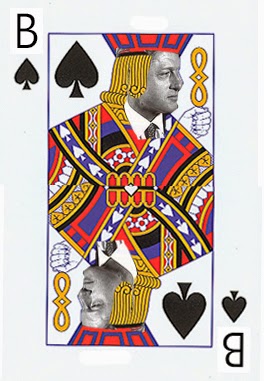 Soon, I will be launching my Kickstarter Campaign for a card game I designed entitled "RePresidency." The game will feature works from the public domain that includes images of former political leaders and other political icons that helped shape the United States into what it is today. All of those portrayed in the game will be featured in a positive light and the physical cards will include an image of the person, their name, their signature (also public domain), and the symbol of their political affiliation. Most of the cards will feature deceased individuals from the early 20th Century and public domain imagery and art of the World War eras. My concern is that, even though portrayed positively and truthfully, that some individuals or their heirs may come at me if the campaign is successful.
We don't think you're going to have any copyright concerns because your images are all public domain. So, your only concern is whether the ex-prexys will sue for right of publicity. A few states have a post-mortem right of publicity -- that is the heirs of Richard Nixon might be able to pursue you. Living ex-presidents like Jimmy Carter, Bill Clinton, and George W. Bush also have the legal basis to hassle you. (It's unlikely you'll be hassled by the current president because of public relations issues.) Unfortunately,  even though politicians like Spiro Agnew, Arnold Schwarzenegger, and Jesse Ventura have sued over right of publicity claims, these cases settled without any court precedent. So, there are no legal rulings indicating whether a politician's right of publicity trumps commercial free speech rights.
Bottom Line Dept. We think you should proceed with your card set. Other companies have followed a similar path and we assume they did so without contacting the grandchildren of Harry Truman, etc. Should you get hassled, we think you have a strong free speech defense (and the publicity probably won't hurt your sales either).
Posted by The Dear Rich Staff at 7:46 AM

Email ThisBlogThis!Share to TwitterShare to FacebookShare to Pinterest
Labels: presidents, right of publicity