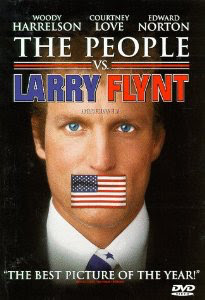 Dear Rich: I wrote a short satirical erotica series about a C-List public figure. She already knows as she mentioned me in an online magazine article. One digital publishing platform removed these works because "publishing erotica regarding living people can result in both you and [the publisher] being sued by the person in question." I want to believe I have a First Amendment right to do this as didn't "Hustler Magazine vs. Falwell" affirm this?
The first amendment and freedom of speech rules limit restrictions by the government, not by private businesses like Apple, Amazon or other digital distributors. So if your publication violates the terms and conditions of Kindle or iBooks or some other digital publishing platform, it doesn't really matter what the Supreme Court said in Hustler Magazine v. Falwell, you're likely to get bounced without any recourse.
What did the Supreme Court say in Hustler Magazine v. Falwell? In the Hustler case, the Rev. Jerry Falwell was the subject of a crude sexual parody that described Falwell having sex with his mother in an outhouse. Falwell sued Hustler and its owner, Larry Flynt, for defamation, invasion of privacy and intentional infliction of emotional distress. The invasion of privacy claim was dismissed, and a jury ruled against Falwell on the defamation claim because the parody was clearly fictitious and because Falwell was a public figure. (Public figures are presumed to have thicker skins than us mere mortals and have a harder time prevailing in defamation cases because of what is known as the actual-malice" standard.) But the jury awarded Falwell $150,000 damages for intentional infliction of emotional distress. The Supreme Court in an 8-0 decision reversed the emotional distress award determining that it was basically an attempt to make an end-run against defamation standards -- that is, if there was no defamation, there should not be a damages award. The Hustler decision (unpopular with some legal scholars) would apply to your case only if the C-List celebrity sued you for defamation.
P.S. Dept. The trial was portrayed in The People v. Larry Flynt, a first-rate, first amendment movie with a super cast.
BTW Dept. Larry Flynt and Rev. Falwell eventually became friends.

Posted by The Dear Rich Staff at 7:49 PM