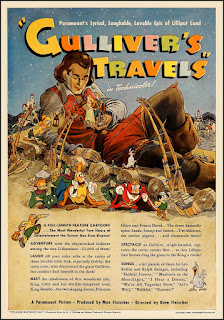 Dear Rich: I'm working on a modern update of Gulliver's Travels. Like the original it's a satire, and in one of the chapters Gulliver travels to an island populated by film characters like Forrest Gump and Dirty Harry. I am concerned that my use of the characters will infringe copyright. I have read that parody can be protected as fair use but satire cannot.
Yes, parodies are more likely to receive protection but don't give up on fair use just because the work is a satire.
What’s the difference between parody and satire?
Parody is the imitation or copying of a work or a genre to make fun or comment on that work. For example, the film Blazing Saddles copies and imitates many classic western films to make fun of those works. The same is true of Austin Powers, Scary Movie, Spaceballs, This is Spinal Tap, and Shaun of the Dead. In a satire, the work ridicules or derides some aspect of society or human behavior. Some well-known movie satires include Dr. Strangelove, Catch 22, Office Space, Animal Farm, and Idiocracy. 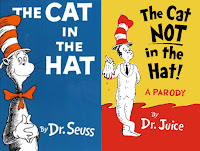 Dr. Seuss v. Dr. Juice. Satire and parody are not mutually exclusive and may be confused with each other. That was the case when the estate of Dr. Seuss sued the creators of The Cat NOT in the Hat!, a book that retold the O.J. Simpson murder trial in the poetic meter used in Dr. Seuss books (known as anapestic tetrameter). Billed as "A Parody," the Dr. Juice book featured a front and back cover illustration similar to The CAT in the HAT. The district court found that the Dr. Juice book infringed Seuss copyrights. On appeal, the creators of Dr. Juice claimed fair use based on parody. The Ninth circuit disagreed ruling that the Dr. Juice book was merely a retelling of the OJ murder trial:


"Although The Cat NOT in the Hat! does broadly mimic Dr. Seuss' characteristic style, it does not hold his style up to ridicule. ... [The creators of Dr. Juice] merely use the Cat's stove-pipe hat, the narrator ("Dr. Juice), and the title (The Cat NOT in the Hat!) "to get attention" or maybe even "to avoid the drudgery in working up something fresh."

The underlined sections are taken from the Supreme Court's holding in the Two Live Crew case in which the court also stated:


"Parody needs to mimic an original to make its point, and so has some claim to use the creation of its victim's (or collective victims') imagination, whereas satire can stand on its own two feet and so requires justification for the very act of borrowing."

What can you do? Just because your work uses humor doesn't mean you have to get caught up in the parody/satire conundrum. The "parody defense" places most of its emphasis on the first of four factors but these factors are configured in many ways to build a fair use defense. The best approach is to review the case law summaries at the Stanford Fair Use site or at the Copyright Office Fair Use Index.