At What Point Does Copyright Protect a Plot and Its Characters? 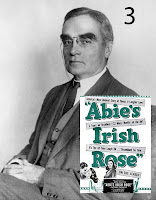 Tell It To The Hand! Some facts you probably didn't know about Judge Learned Hand:

The Salinger Connection. Salinger and Hand, neighbors in Cornish, New Hampshire, were close friends. Salinger considered Hand a "yogi" and according to J. D. Salinger: A Life by Kenneth Slawenski, Hand's relationship with Salinger was perhaps the "fullest he had enjoyed." The men shared an intense interest in spiritual topics, and Salinger confided in Hand about his wife Claire's loneliness. Slawenski writes:


"Sadly, both men were enmeshed in troubled marriages, a fact both painstakingly concealed from others. Perhaps most important, both Salinger and Learned Hand suffered from periods of deep depression, a penchant towards melancholy that fused them together in a way unique to such sufferers."

Salinger wrote to Hand regularly and those letters were among the many paraphrased in a biography of Salinger by Ian Hamilton in the 1980s.  Salinger sued over Hamilton's paraphrasing of his letters and an appeals court ruled against Hamilton, relying on a Learned Hand case, Nichols v. Universal Pictures, as precedent.
Nichols v. Universal Pictures (1930).  Abie's Irish Rose, a corny tale of interfaith marriage, had been one of the longest-running shows on Broadway (inspiring playwright Lorenz Hart to pen the couplet: "Our future babies we'll take to Abie's Irish Rose -- I hope they'll live to see it close.") Despite a critical drubbing  (Robert Benchley said, "People laugh at this every night, which explains why democracy can never be a success.") the play was a huge hit and and like all hits, inspired imitators including the motion picture, The Cohens and the Kellys. The owners of Abie's sued for copyright infringement.
Abie's and The Cohens shared similarities: both plots involved children of Irish and Jewish families who marry secretly because their parents are prejudiced. At the end of each work there is a reconciliation of the families, based upon the presence of a grandchild. Beyond that, the works had little in common except for some ethnic cliches. The challenge in assessing this type of infringement is how to measure nonliteral similarities -- that is differences other than verbatim copying.  Learned Hand's visionary analysis demonstrated a deep understanding of the creative process:


"Upon any work, and especially upon a play, a great number of patterns of increasing generality will fit equally well, as more and more of the incident is left out. The last may perhaps be no more than the most general statement of what the play is about, and at times might consist only of its title; but there is a point in this series of abstractions where they are no longer protected, since otherwise the playwright could prevent the use of his "ideas," to which, apart from their expression, his property is never extended."

In other words, the premise of a film -- say Boy-Meets-Girl-Boy-Loses-Girl-Boy-Gets-Girl -- is never protected but the fully expressed plot -- say, When Harry Met Sally, can be protected. And the same is true for the characters within a play. Hand wrote -- in what was to become one of the most quoted statements in copyright law:


"If Twelfth Night were copyrighted, it is quite possible that a second comer might so closely imitate Sir Toby Belch or Malvolio as to infringe, but it would not be enough that for one of his characters he cast a riotous knight who kept wassail to the discomfort of the household, or a vain and foppish steward who became amorous of his mistress. These would be no more than Shakespeare's "ideas" in the play, as little capable of monopoly as Einstein's Doctrine of Relativity, or Darwin's theory of the Origin of Species. It follows that the less developed the characters, the less they can be copyrighted; that is the penalty an author must bear for marking them too indistinctly."

We don't want to belabor the point  -- though we are lawyers -- but Nichols was the breakthrough that enabled judges to assess and compare narrative works built around similar underlying ideas. Although it is true that wherever Hand's line of abstractions is drawn, it may seem arbitrary, "that," as the judge stated in Nichols, "is no excuse for not drawing it." Nichols has been cited in over 1,900 cases and its precepts have been borrowed for legal theories affecting software and websites. Thanks Judge.
P.S. Bridget Loves Bernie Dept. The unprotectible plot premise discussed in Nichols was resurrected in the 1972 TV show Bridget Loves Bernie. Oddly, an Irishman named David Birney played the Jew, Bernie, who married his co-star in real life. Sadly, the network dumped the show after one season  - even though it was in the top five for ratings -- reportedly because the networks had so many complaints about interfaith marriage. Go figure.
Posted by The Dear Rich Staff at 6:00 AM