My Cover Letter Was Copied for Job Ad! 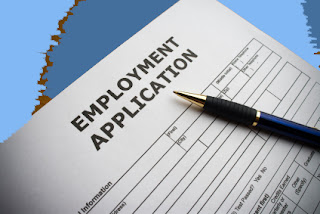 Dear Rich: I applied to (and interviewed for) a job. Apparently, they were so taken by the prose in my cover letter that they decided to rip off two very specific, idiosyncratic sentences. They incorporated this text into a recent re-posting of the same position advertised on a major employment search engine. So, in essence, I told them in my own words how I'd be a fit for the position, and they subsequently used those exact words to advertise the position. Does sending a cover letter amount to publication? If so, are statutory damages impossible to obtain?
We can't imagine fighting a lawsuit over your cover letter, but it helps to imagine what would happen in federal court before confronting the employer. Let’s assume that your cover letter meets copyright standards and that your claim is not fair use. Let’s also assume that your case isn’t dismissed as “de minimis” and that your cover letter was infringed (not merely plagiarized). Finally, let's assume that you qualified for statutory damages by making a timely registration* -- that is, you don't have the burden of proving actual damages. Even assuming you could jump through all these hoops, you will still have a difficult time showing you were injured or that the employer profited from the misappropriation. A judge, with the discretion to award $750 to $30,000 per infringement for statutory damages, is likely to award on the low end (especially if the judge concludes that your claim is trivial). Even an award of $1500 would be minuscule compared to the tens of thousands in fees for fighting the lawsuit, making the pursuit of a copyright infringement claim a lose-lose situation.
What about the DMCA route? If your goal is to simply get the employer to stop using your work, we suggest starting with a letter. If that fails, you may pursue the DMCA route (though we don't recommend it). Here's a template for a DMCA notice. Two things to keep in mind: you must consider whether the copying is a fair use before sending the notice; and if the employer rejects your notice and files a counter-notice, then your only option is to pursue a lawsuit (which would be a bad idea as described above). We know you're offended by this company's shameless borrowing from your letter, but lacking any provable injury, we'd suggest you drop your pursuit.

*we consider your cover letter "unpublished," as you've distributed the letter to a select and limited number of people, not to the public.
Posted by Rich at 4:22 PM